4 Mistakes That Drive Up Shipping Cos...

USPS Weekend Delivery: A Breakdown of... 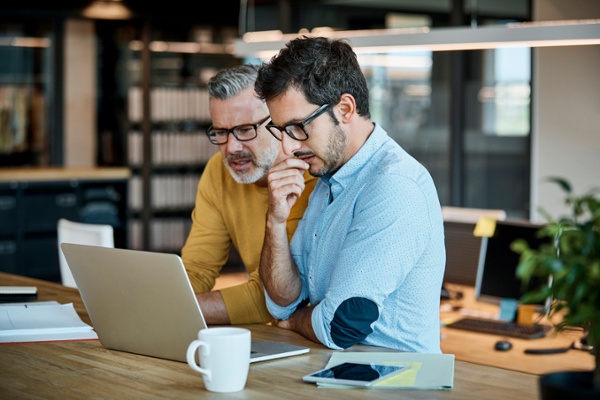 GlobalTranz recently announced its merger with Worldwide Express. Given several other mergers, acquisitions, and partnerships both Worldwide Express and GlobalTranz have been party to recently, along with the size and capabilities of each third-party logistics provider (3PL), we had some questions about the cause and effect of this development.

We began to wonder, is there some kind of goal or plan in place that these events are leading up to? Either way, how will this affect their competitors — and for that matter, the industry as a whole? We did some digging for answers, and here's what we found.

The Worldwide Express and GlobalTranz Deal

​GlobalTranz announced that they'd be combining with Worldwide Express via a press release on June 11, 2021. They said the move was "sponsored by a consortium led by CVC Capital Partners," as well as some investors from each company. According to Logistics Management, GlobalTranz and Worldwide Express will operate under separate brands owned by CVC.

All the coverage and quotes seemed enthusiastic, and the tone implied that both companies chose to merge willingly rather than one reluctantly agreeing to a merger or buyout, as you sometimes see when a business feels they have no choice. We wanted to find the truth of the matter for sure, though, so we kept looking.

While​ almost all sources described this as a merger between Worldwide Express and GlobalTranz, it may not be quite that simple. DC Velocity describes a much more complex situation taking place behind the scenes. In an article written nearly a month ago, one month after the announcement, they connected the dots going all the way back to 2015.

​So, was it a merger or an acquisition? Well, as it turns out, it was a bit of both. Both companies were acquired by private equity firms that are members of the same consortium. This is the same consortium that the press release called the transaction's sponsor. This band of private equity firms includes Ridgemont Equity Partners, CVC Capital Partners, Providence Equity Partners, and PSG.

According to DC Velocity, the consortium has been consolidating 3PLs since at least 2015, when Ridgemont became an investor in Unishippers Global Logistics before arranging their merger with Worldwide Express in 2017. This was considered a significant acquisition for Worldwide Express, and it seems to have produced very positive results.

​GlobalTranz has been passed back and forth like a hot potato from the sound of things, often being owned by multiple private equity firms or having numerous investors. This won't be a comprehensive list of investors and owners. But hopefully, it gives you an idea of what was going on.

In July 2018, a mere nine months after the purchase, The Jordan Company sold GlobalTranz back to another private equity firm (and member of the same consortium), PSG. As it turns out, PSG is also an affiliate of Providence Equity Partners LLC., the firm they bought GlobalTranz from in the first place, only nine months earlier. They’re yet another private equity firm in the consortium responsible for almost every transaction!

GlobalTranz went on somewhat of a buying binge right after Providence Equity Partners LLC. invested in them. In 2019, they bought Circle 8 Logistics, a Chicago-based 3PL and their ninth purchase in just over two years. At one point, they managed to push through five different acquisitions—Global Freight Source, Logistics Planning Services, Worthington Logistics Solutions, Apex Logistics, and AJR Transportation — in just over a year.

What the Future Holds

There are some things we know from public statements made by those involved. Other things aren't as easy to predict. We'll start with what we know for sure, then move on to what we expect.

What's Next for Worldwide Express and GlobalTranz?

​​The team will remain full-service, non-asset-based 3PL providers — the same way both companies currently operate.​ As for structure and leadership, Worldwide Express CEO Tom Madine will lead the new company, with GlobalTranz CEO Bob Farrell joining the board of directors.​ While the move was sponsored by the consortium (which will gain a healthy stake in the company), Worldwide Express and GlobalTranz management will also have large stakes in the resulting entity.

Will They Continue Expanding?

We can't know anything for sure, and clearly, things change very quickly in this industry. However, based on prior actions and public statements, we can guess what they're most likely to do. After all, Tom Madine and ​Bob Farrell both made statements implying they intend to keep growing the business.

Madine used phrases like "opportunities for growth" and having an increased "ability to provide deeper offerings" to describe the future. He's even quoted as saying that he looks forward to developing partnerships as they "build Worldwide Express into a much larger business." Farrell had similarly ominous comments referencing "accelerated growth through deeper, more strategic customer solutions" and calling the merger an "exciting next step in the evolution of the company."

Their actions thus far, along with these rather unambiguous comments, make their intentions for the future clear. Unfortunately, we don't doubt for a second that Worldwide Express/GlobalTranz and their investment consortium will keep growing this corporate Goliath in the hopes of completely dominating the industry.

How the New Conglomerate Stacks Up Against the Competition

Together, Worldwide Express and GlobalTranz combined have:

What About the Competitors of Worldwide Express and GlobalTranz?

What does that mean for competitors like CH Robinson, Coyote Logistics, Total Quality Logistics, and Echo Global Logistics? Well, the Journal of Commerce Online writes that the combined 2020 revenue of Worldwide Express and GlobalTranz, "would have made them the 32nd-largest 3PL in the world and the 12th-largest in the US by total revenue." They went on to cite some industry research and statistics that seem to explain the effects of the many previous mergers, acquisitions, and consolidation efforts we've been discussing.

"With the majority of both companies' revenue tied to truck brokerage, as opposed to ancillary services, the combined firm would become the fourth-largest forwarder in the US, according to data from research and consulting firm Armstrong & Associates." According to JOC, "That would leave the newly merged entity behind only C.H. Robinson Worldwide, Total Quality Logistics, and Coyote Logistics, which is owned by UPS, in terms of annual truck brokerage revenue."

What Does It All Mean?

They haven't even merged yet, and they've already killed the competition. Or have they?

Of course not, that's just framing. People keep talking about these incredible, seemingly undeniable numbers, so that's how it seems. However, keep in mind, they just added both companies' 2020 revenue. As for future earnings, they're completely theoretical with no basis in reality or real-life obstacles to contend with.

That's also a double-edged sword. On the one hand, these figures only represent the amount of combined success these companies saw by themselves. That's without the benefits of the added functionality and resources they'd have together. On the other hand, it's important to remember that this is all just theory. There's no way to know the company's future earnings today. It's impossible to predict what circumstances will arise by then.

The Danger of Basing Predictions on 2020

Plus, 2020 wasn't just any year that could easily be representative of any other. A global pandemic brought the entire planet to a screeching halt, with huge sectors of the world economy all but shut down. Millions of people had to stay at home, leaving them no choice but to shop online.

Traditional carriers became overwhelmed, causing a higher demand for 3PLs and making 2020 the most profitable year many logistics companies have ever had. Who's to say if anyone's profits will be remotely similar, better, or worse once COVID-19 is under control? Basically, we just don't know. We can't know — nobody can.

All you can do is:

Keep your eyes open for opportunities and watch for signs of how the new logistics giant is doing. That way, you can take advantage of any openings and be aware of issues in advance. For now, though, all any of us can do is wait and see.

If you'd like help getting your business in the best shape possible, or if you have any questions about the merger, how to gain more ground, or anything else, please contact us. We'd be more than happy to help you with whatever you need.

If you are interested in offering LTL freight as an option on your online store, take advantage of our free guide on LTL freight.